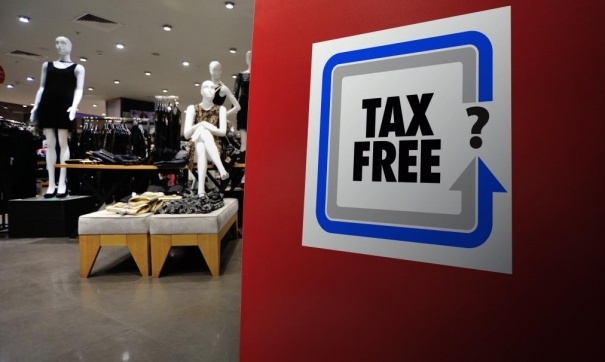 The law on the introduction of the tax free system in Russia came into force on January 1 of this year, but the project will be launched later, as the by-laws necessary for the implementation of the law should be adopted in February. This was told in the press service of the Ministry of Industry and Trade. The ministry noted that testing of the tax free system in Russia will begin in the first quarter of 2018.

“The law on the introduction of tax free in Russia came into force. For its implementation, by-laws should be adopted, which, according to approved timetables, should be adopted in February 2018. Therefore, as expected, the project will start in the first quarter of 2018, “the press service of the Ministry of Industry and Trade said.

In particular, the source of RNS, familiar with the implementation of the pilot project, knows that the government is currently working on a list of territories that should participate in testing the tax free system. In the Federal Tax Service (FTS) of Russia, RNS was informed that the tax authorities are ready for the experiment.

“Since January 1, 2018 amendments to the Tax Code of the Russian Federation on the mechanism of the tax free system in Russia have come into effect. The FTS issued explanations for taxpayers on the procedure for filling out the VAT tax return by participants in the tax free system, as well as books of purchases and sales (No. SD-4-3 / 10 @ of 09.01.2018). The tax authorities are ready for the experiment, “the press service of the Federal Tax Service said.

In late November, the Ministry of Industry and Trade published a list of retail facilities (more than 50 addresses) that will participate in tax free testing: it includes facilities in Moscow, St. Petersburg, Sochi, etc. Then representatives of Bosco di Ciliegi and Mercury, whose stores were chosen for participation in the first stage of tax free in Russia, said that they would be ready to launch a VAT refund system on the first working day of 2018, that is, on January 2. Representative of Bosco di Ciliegi Olga Yudkis confirmed to RNS that Bosco stores, including those located in GUM, at the beginning of the year are already ready to start the tax free system, but the project has not been implemented yet.

Russian President Vladimir Putin signed a law on the introduction of the tax free system in Russia on November 28, 2017, the law entered into force on January 1 this year. According to the document, citizens of foreign states that are not members of the Eurasian Economic Union (EAEU) will be able to return VAT if within a day they purchase goods worth not less than 10 thousand rubles in one of the stores, the list of which is approved by the Ministry of Industry and Trade.

According to the text of the law, before October 1, 2018, documents for VAT compensation will be available in paper form, and from October 1, the document circulation will be carried out electronically.