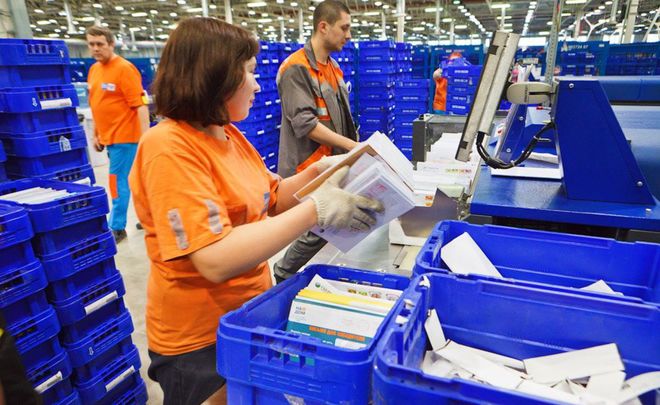 Pochta Rossii received the right to remotely collect duties on goods purchased by Russians in foreign online stores. At the same time, the duty-free threshold has been halved since January 1 and amounts to € 500 for purchases made during the month. Participants in the cross-border trade market fear that the new powers will make FGUE a monopolist in the international delivery market.

A pilot project will start on January 9, under which Russian Post will remotely collect duties on goods from foreign online stores, the federal state unitary enterprise’s press service told Kommersant. In the “Post of Russia” they do not specify on which retailers the project will be distributed, but they expect that “all the major market players will gradually join it”.

Initially, the project was planned to start in November 2018, but the necessary order of the Ministry of Finance was published only on December 28. He uses the concept of an “authorized” postal service operator. So far, this operator is only Russian Post, but in the future other companies can receive this status, the Ministry of Finance representative told Kommersant. According to the document, the authorized operator performs customs operations with goods purchased for a personal user, on behalf and on behalf of the buyer. The Post of Russia will interact with the electronic system of the Federal Customs Service (FCS), where it will send information on each international shipment, including personal data of the buyer. FGUE will also take into account and indicate the total weight and value of the goods that the buyer purchased for the calendar month.

The buyer will pay the duty when placing an order on the website of a foreign online store, a technical solution for this FSUE was developed jointly with the FCS, a representative of the Post of Russia told Kommersant. According to him, the process of paying the duty will be identical to paying for purchases by a bank card on the Internet. “We expect that the introduction of a simplified procedure for collecting duties will make the process of acquiring goods in foreign online stores as comfortable as possible and will reduce the time for customer service in post offices,” he said.

At the same time, since January 1, the duty-free threshold for purchases at foreign online stores has been reduced by half, to € 500. If the total amount of goods ordered to Russia during a calendar month exceeds this amount or the total weight of orders exceeds 31 kg, the buyer must pay 30% of the amount by which the threshold is exceeded, but not less than € 4 for each kilogram above the limit. From 2020, the threshold will be reduced to € 200, but will be applied to each individual package. Goods of this price category Russians rarely order. According to the July study of Romir holding, only 5% of Russians made purchases worth € 200 to € 500 per year, 1% – purchases more expensive than € 1 thousand. Nikolai Podguzov, the general director of Russian Post, told Kommersant earlier that FGUE proposed to the Ministry of Finance to postpone a sharp decrease in the duty-free threshold in order to avoid collapse in the customs clearance zone and “partially” this position was heard.

In practice, giving the Post of Russia new powers is likely to make it a monopolist in the market for delivery from abroad, fears the chairman of the National Association of Distance Trading Alexander Ivanov. In his opinion, in the near future this will make inevitable a rise in prices for international shipments, a drop in the quality and speed of delivery.

In Yandex.Market, on the basis of which Beru and Bringly’s marketplays work with goods from foreign sellers, noted that “they are ready to support any innovations that simplify the lives of customers, including everything related to the collection of duties, if this is implemented online with minimal difficulty for the buyer. ”