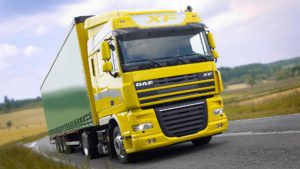 The Ministry of Natural Resources exempts from paying environmental charges and reporting for 2016 suppliers in the Russian Federation of goods from the countries of the EAEC. Amendments of the Ministry to the rules of reporting by producers oblige such companies to report on the disposal of goods and packaging, or to pay an environmental fee only in 2018.

Now import from the countries of the union is not considered an import at all, which allows companies not to deal with recycling and not pay a fee, experts say. The Ministry of Natural Resources with this disagreement – but the agency’s clarification on this topic in the legislation has not yet been recorded.

The Ministry of Natural Resources submitted for public discussion a draft of changes in the rules for the submission by producers and importers of reporting on compliance with standards for the recycling of goods and packaging. The main innovation of the amendments was the introduction for suppliers in the Russian Federation of goods from the countries of the Eurasian Economic Union (EAPC) from 2018, the obligation to report on the disposal of goods imported into Russia for the sale of goods and packaging, or to pay an environmental fee.

According to Lyubov Melanevskaya from the association “Industry for Ecology” (RusPEK), now the customs legislation of the union allows “importers from the EAEC countries to import goods and packaging and not be responsible for them, since they are not considered importers.” Anton Guskov of the Russian Association of Trading Companies and Manufacturers of Electrical and Computer Equipment (RaTEK) also notes that the project for the first time appears an explanation of the term “importer”. In his estimation, the development of the Ministry of Natural Resources also avoids discrepancies in the legislation, reducing the risks of producers with self-disposal of imported goods and packaging.

Reporting on the recycling and re-use of goods and packaging included in the list approved by the government, the company should have until April 1. If they fail to meet the recycling rates, they must pay an environmental fee. In 2017, the Ministry of Natural Resources planned to collect 6.5 billion rubles. Ecological gathering, however as a result it has been collected only 1,5 billion rbl. In addition to the discrepancy in the interpretation of the term “importer” for companies from the EEZ, manufacturers called the impossibility of declaring goods and packaging due to the lack of appropriate commodity codes in the list as the reason for problems with payment of the fee.

The Ministry of Natural Resources contends that, despite possible differences, the importers from the country of the EAEC were previously obliged to report before April 1 about the recycling and recycling of goods and packaging. “We sent relevant explanations. Rosprirodnadzor will take measures with respect to those who evaded expanded responsibilities, “the ministry promised. However, companies still have the opportunity to challenge the requirements of the service – the explanations of the ministry are not a by-law, – and the amendments do not specify a mechanism for controlling the volume of such imports.

The producers and importers themselves note that the amendments to the reporting rules are closely related to changes in other by-laws regulating the payment of environmental charges and the submission of data by companies (they are now undergoing interagency coordination). Their “unsynchronized adoption can lead to the fact that some proposed changes will not be applicable,” fears Ms. Melanevskaya.