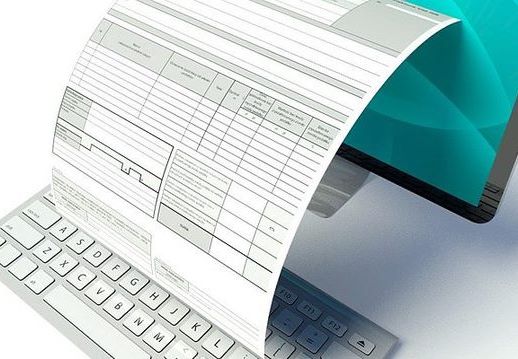 In the last of these documents, target indicators for solving the tasks set before the customs authorities are defined. Among them, the implementation of the principle of “10 steps towards business.” For this purpose, the application of technologies for autoregistration of goods declarations (GD), auto-release of goods, ensuring the concentration of customs declaration at the Electronic Declaration Centers (EDC) and other innovations is provided for.

I note that the algorithm for automatic verification of compliance with the conditions for registration of diesel fuel and automatic release of goods is a set of criteria by which the program compares certain values contained in the columns of diesel fuel with the values specified in the algorithm. If there is a discrepancy in these data, then the further registration of diesel fuel or the refusal of it, the release of goods or the refusal of it shall be carried out by an authorized customs officer in the usual manner.

For businesses and declarants, these technologies are good because they allow us to provide the most transparent customs declaration process in terms of a uniform understanding of the requirements and conditions for the implementation of this procedure, allow us to achieve a real acceleration in the production of goods by automating the same type of operations performed by customs authorities.

Statistics show that in the customs authorities of the North-West Customs Administration (NWCA) for the past period in 2018, the share of automatically registered export GD amounted to 75.59%, imported GD – 21.5%. 40.86% of export diesel fuel submitted by low-risk traders and 15.68% of imported diesel fuel were automatically generated. The reference values for 2020 for autoregistration of goods declarations will be 99%, for auto issue – 80%.

As already noted, in accordance with the Comprehensive Program for the Development of the Federal Customs Service of Russia for the period up to the end of 2020, the main declaration array should be concentrated in the EDC. They are a specialized customs authority whose competence is limited solely to the performance of customs operations in electronic form.

The technological basis of the EDC is the technology of remote release, which provides for electronic interaction between the customs authorities of the declaration and the location of the goods using standard software.

During 2017-2018, the dynamics of increase in the concentration of customs declaration in the EDCs operating in the structure of the customs authorities of the North-West Technical University can be traced. So, by the end of 2017, this figure was 16.52%, and for the past period of 2018 – 27.05%. For 2019, the reference value will be 60%, for 2020 – 95%.
It should be noted here that this year a fundamentally new type of customs authorities has emerged in the system of Russian customs authorities – electronic customs. Those will appear in each regional customs administration. Together with the EDC they will be united into a single network.

The Federal Customs Service of Russia is working in this area in accordance with the instructions of the President and the Government of the Russian Federation, as well as in accordance with the action plan (Road Map) for reforming the system of customs authorities in the period from 2018 to 2020. It was approved by the order of the Ministry of Finance dated 09.01.2018 No. 2.

As follows from the decision of the Collegium of the Federal Customs Service of Russia of May 29, 2018 “On the creation of a unified network of electronic customs and electronic declaration centers. Problems and solutions ”, the formation of new customs structures will occur in three stages.

At the same time, the concentration of the declarative massif is carried out at the Central Election Office of the Vladivostok, Moscow Regional and Kaliningrad Regional Customs.
The second stage will be held next year. It is planned to create an electronic customs office in the Siberian Customs Administration, Aviation Electronic Customs, EDCs of the Central Excise, Central Energy, Novorossiysk Customs and a concentration of goods declaration at the Baltic EDC of the Baltic Customs.

The process will be completed in 2020 with the creation of electronic customs in the Central, Far Eastern, North-West and South customs administrations. At the same time, I will clarify that, according to the Comprehensive Program for the Development of the Federal Customs Service of Russia for the period until 2020, at the end of its implementation, all EDCs will be located in publicly owned areas, and at that time they should be issued at least 95% of all declarations for goods submitted in the form of an electronic document.

Stanislav SHKLENSKY, Head of the Department for the Implementation of Advanced Customs Technologies of the Customs Control Organization Service of the North-West Technical University
“Customs News”